Lemongrass may be effective to kill Zika virus lavaes

• What you need to know about Zika Virus
ALBUQUERQUE (KRQE) – The tiny, tadpole-like larvae never saw it coming. Neither did the team of medical researchers that had just killed them.
At the University of New Mexico’s Health Sciences Center, doctors in the Division of Infectious Diseases have been trying for years to find a safe, cheap and easy way to kill Aedes aegypti, the mosquito that transmits dengue fever. They’ve known they had a way to kill Aedes larvae. What they didn’t see coming was that a little-known disease discovered 70 years ago might provide the urgency they needed to get their solution into the public eye.
The Aedes mosquito also carries the Zika virus.
The emerging virus has caused alarm during its rapid spread through South and Central American countries. Cases of Zika have been reported in the United States and the World Health Organization has deemed the outbreak a public health emergency.
The disease often manifests itself in relatively benign, flu-like symptoms. But it is particularly dangerous to pregnant women. Children of women infected by the Zika virus seem to have a higher occurrence of a condition called microcephaly, in which infants have an underdeveloped skull and often a smaller brain. Its exact link to Zika is uncertain.
News of the virus spread almost as fast as — and now faster than — Zika itself. Reports are often accompanied by pictures of masked men blowing fog into tropical backyards and alleyways. The fog is a chemical insecticide.
“The rationale being that if you use a low enough concentration, it probably doesn’t harm people,” said Dr. Ravi Durvasula, chief of the center’s infectious diseases division. “But really, it’s pesticide and it’s in the water supply and this is the water that people drink.”
Two researchers working with Durvasula — Scott Matthews, M.D. and Ivy Hurwitz, Ph.D. — have found what they believe is a safe way to kill Aedes larvae using an elegant Trojan-horse strategy.
Matthews explained that the water-borne larvae are preoccupied with eating as they begin their journey into life. The larvae are storing up energy to shift their existence to the month-long life of an adult Aedes mosquito.
“It needs to eat a lot to grow fast. So, anybody with a teenager knows that it takes a lot of food to put on body mass,” he said.
Matthews and Hurwitz have been feeding the larvae one of the young mosquitoes’ favorite foods: yeast. The tiny particles have a thick, sugary outer shell that’s nearly irresistible to the larvae. Given the choice, they have eaten their way to adulthood on nothing but yeast.
But the researchers found a way to “crack” the yeast particle and replace the nutrients inside that outer shell with common lemongrass oil. The yeast particle only breaks down once it connects with an enzyme inside the larval gut.
“When they break it down, out comes the essential oil and kills the larvae,” Matthews said.
The results have been astounding.
“Very, very compelling,” said Durvasula, “One hundred percent mortality in every case for these mosquitoes. It works.”
Unlike a chemical insecticide, which often uses a single pathway such as the nervous system to kill an insect, the lemongrass oil kills the larvae using multiple systems. The effect is a natural insecticide that is much more difficult for the larvae to resist.
It’s also much safer for humans. It is relatively inexpensive and, the team hopes, easily deployable to developing countries where diseases like dengue fever and Zika are endemic.
The team is working with the university’s tech-transfer department to find a partner — either government, corporate, or non-profit — to pay for real-world testing.
In the meantime, the researchers plan to ramp up their testing regimen. The plan is to drop the yeast particles in dirtier water that can simulate what’s found in the ponds, puddles and pools of the cities where Zika is spreading faster than governments can keep up with it. 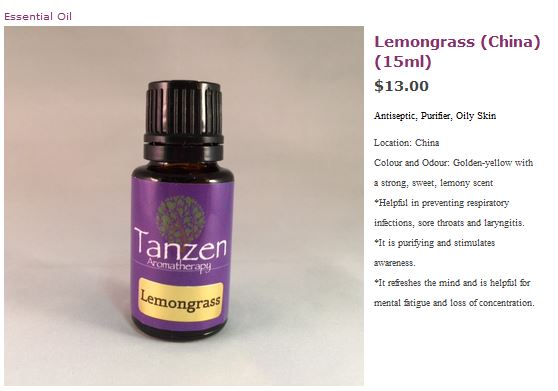 This is article from Harvard Women's health Watch
There may soon be a nonsurgical alternative for alleviating those bothersome eye bags.
It's call " second skin" from siloxanes-oxgen-silicone compounds that can be modified to have various properties including elasticity and permeability. This was tested 170 subjects so far no one has reported irritation or allergic reactions.

I have researched on internet about this. There are some similar products are on the market already, but real thing( siloxanes compound product) is not approved by FDA.